Through her work with Tina Modotti and Edward Weston, the visionary writer Anita Brenner ushered in the Mexican renaissance.
By María Minera
Advertisement “I cannot find a way to live that will produce the two satisfactions that I seem to need,” the polymath Anita Brenner wrote in 1933. One of those satisfactions was primal—food, clothing, shelter, security. The other was intellectual, “the sensation that I am participating in and contributing to some common good.” Judging by her tireless commitment to the latter, one can suspect that for her, this was much more important than safety, and that “common good” was nothing less than the “Mexican renaissance,” a term she coined to refer to the flourishing of culture that made her birth nation “come to herself,” as she wrote in her brilliant 1929 book, Idols Behind Altars.

Brenner was born in Mexico in 1905. Raised in Texas, she returned to Mexico in 1923 at the age of eighteen, drawn by the artistic effervescence of the time. For her, the Mexican renaissance was not only contained in Mexican muralism, but in the blooming of all the arts, including photography, a medium that she saw as the perfect companion to her lifelong endeavor of introducing Mexican art and culture to American audiences. Brenner wrote innumerable articles—for publications such as Harper’s, the Nation, and New York Times Magazine—and several influential books about that moment in Mexican life, when “Revolution was still real in the world,” as she said in 1974. The exhibition Anita Brenner. Luz de la modernidad (Light of Modernity)—curated by Karen Cordero and Pablo Ortíz Monasterio, and currently on view at Mexico City’s Museo Nacional de Arte (MUNAL)—is a precise and beautiful approach to the visual vocabulary developed by a group of photographers that Brenner deployed to tell the story of Mexican art’s rebirth after the Mexican Revolution—a rebirth that was in part defined by the very images Brenner commissioned. In that sense, Brenner’s books are both chronicles of the period and instigators of a new photographic style—she called it “spirit”—that was surging at the same time. In addition to a wide selection of splendidly preserved vintage prints, the exhibition features copies of Brenner’s books and magazines—such as Mexico This Month, which she founded in 1955—a display of original materials she collected for her publications, and even political posters that give an in-depth look into Brenner’s relationship to both Mexico and the art of photography. 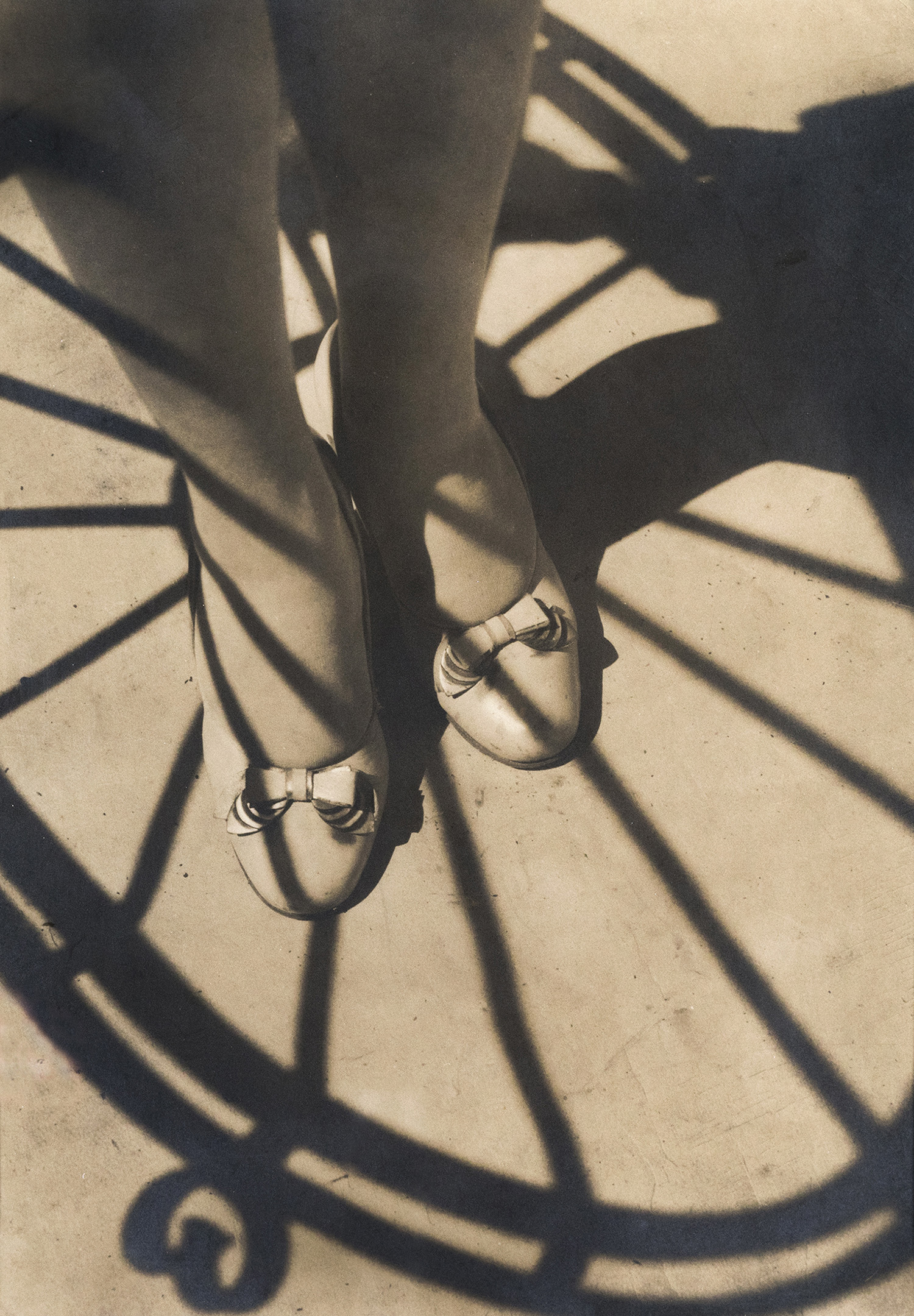 We need only look at the first page of Idols Behind Altars to recognize the relevance of Brenner’s enterprise. When the book was first published in New York by Harcourt, Brace and Company, its first page featured Edward Weston’s famous portrait of the hand of the potter Amado Galván, taken in Tonalá in 1925. The hand, as we know, is holding a huaje—the fruit of the Tecomate tree that artisans let dry and then paint with flower motifs.

For Brenner, it was impossible to approach modern Mexican art—with its unequivocal return to Native values—without going back to its roots, so much of her long essay is devoted to modern crafts, in which she thought traces of the pre-Hispanic world could still be found. The “taste for pure plastic symbol” and “the elegance and intensity that accompanies abstraction in Maya art” were, for her, present in objects like that exquisite huaje. That is why she went to the dean of the National University of Mexico to ask for his support carrying out a project to, basically, “study Mexicans, seriously,” as she put it in a journal entry of December 1925. In order to achieve this, she travelled a lot, and also gave Edward Weston a thousand pesos, so that he and his lover and fellow photographer, Tina Modotti, could roam around the country and provide Brenner with four hundred photographs of their travels—after a year, they delivered “some gorgeous stuff,” Brenner wrote. Brenner chose Weston for this job because his work had “the quality of transmutation. The nude he did of me”—an iconic view of her back, from 1925—“looks like a pear. The hand of Amado Galván […] looks like something growing [and all] without the least alienating objects from their own naturaleza [nature].” She wrote this in her journal in early 1926, when Weston was still at the beginning of his career, so her words were not only prophetic but exact: Weston would soon become famous because of those transmutations. As the curator and photographer Pablo Ortíz Monasterio, explains, “maybe Weston wouldn’t have done that by himself, but it was a commission and he exceeded all expectations.” “Brenner is a visionary,” Monasterio adds, “because she understood that photography produced images that are not only nice to be looked at, but more importantly, [they] speak and tell a story.” In Brenner’s books, he says, “photography is always as present as the text itself.” Or even more so, as in the case of The Wind that Swept Mexico, her wonderful account of the Mexican Revolution, where text occupies no more than a third of what ends up being primarily a collection of images of those years (1910–42)—images that George R. Leighton and Walker Evans, on Brenner’s suggestion, selected, carefully oversaw, and printed as magnificent photogravures. What Brenner had asked of Weston and Modotti—and later of Agustín Jiménez, for Idols Behind Altars—was to go out and look for objects that overflowed with expression and history. The photographers did exactly that, and more: they simultaneously helped invent modern photography, a new way of looking that pushed things to the verge of abstraction. Monasterio talks about a strategy wherein something is portrayed “devoid of filters and mannerisms of all kinds.” The question was how to make a depiction of objects, crafts, and places that was as objective as it was modern.

Luz de la modernidad shows how Weston, Modotti, and many other photographers found an eloquent and exciting answer to that question, and how Anita Brenner acted as their perfect accomplice. In addition to being a sensible and intelligent writer, Brenner was in tune with the moment, “a time when the world was beginning,” she wrote in her journal. “We believed that you could actually do something.” And clearly, they did.

About the Contributor
María Minera is an art writer based in Mexico City.
Advertisement