The Joy of Photography The most famous photographer in the Netherlands, Ed van der Elsken showed the Dutch as they like to see themselves: diverse, open, and rebelliously normal. In the decades after World War II, his photographs effectively defined Dutch identity. Van der Elsken’s idiosyncratic style of street and documentary photography displays his tenderness and love for the world, which is why Camera in Love (De Verliefde Camera), the title of the Stedelijk Museum’s retrospective, the largest exhibition of the photographer’s work in twenty-five years, is well-chosen. Camera in Love highlights the joy that is apparent throughout van der Elsken’s photography. Many treasures are to be found. In the big, central rooms, his famous photographs are displayed as prints, while the more intimate, adjacent rooms present the genesis of his well-known photobooks through personal notes, contact sheets, and dummies. The exhibition also includes much of van der Elsken’s video work, which is often as personal as his photography. Bye (1990), for instance, shows the photographer in the last stages of a terminal disease. Ed van der Elsken, Vali Myers with cigarette, Paris, 1953
© the artist and courtesy the Stedelijk Museum and the Nederlands Fotomuseum

The variety of the work allows everyone to choose their own version of van der Elsken. He documented the life and existential crises of youngsters flocking to the Paris in Love on the Left Bank (1956); photographed Equatorial African life in Bagara (1958); and took dramatic and iconic close-ups of musicians in Jazz (1959). Known for his big mouth and upfront attitude, van der Elsken often provoked the people he met on the street. His best work catches the expression when a subject realizes a camera is aimed at them, but before they are able to strike a pose. Today’s street photographer, by contrast, is challenged to find a way around the banality and self-censorship that comes with the ubiquity of the camera. Ed van der Elsken, Girl in the subway, Tokyo, 1984
© the artist and courtesy the Stedelijk Museum and the Nederlands Fotomuseum

Van der Elsken’s more political work—documenting riots, police violence, and the down and out—is not overtly didactic. While showing the marginalized, his engagement is not systematic and does not provide a clear-cut critique of capitalist society. But what is most striking is the intimacy of his portraits. Of a photograph of Dutch counterculture writer Simon Vinkenoog and his girlfriend enveloped in each other’s arms, Nan Goldin writes, in the accompanying catalog, “They are so naked, I can feel the flesh.” In fact, the connection between van der Elsken and Goldin is revelatory. “I realized I had just met my predecessor. My real predecessor,” Goldin continues. “The feeling was similar to that of meeting a lover, or of finding a brother.”

Van der Elsken introduced a crucial pivot in documentary photography, and Camera in Love marks a renewed interest in a photographer who, in Dutch culture, is never far away, but who can only be fully understood in an international context and alongside such seminal image makers as Weegee and Edward Steichen. With the full breadth of van der Elsken’s work, Camera in Love is the most spectacular photography exhibition in the Netherlands has seen in decades.

Ed van der Elsken: Camera in Love is on view through May 21, 2017 at the Stedelijk Museum, Amsterdam.

The forthcoming issue of The PhotoBook Review (Issue 012/Spring 2017), guest edited by independent curator Daria Tuminas and developed in partnership with the Stedelijk Museum Amsterdam, focuses on the intersection of cinema and the photobook, inspired in part by Ed van der Elsken’s landmark work in both photography and film. Complementary issues will be available on site at the Stedelijk Museum in Amsterdam as well as at the Aperture Gallery, New York, beginning April 3, 2017.

About the Contributor
Wilco Versteeg is a writer, photographer, and PhD candidate in contemporary war photography at Université Paris Diderot.
Advertisement 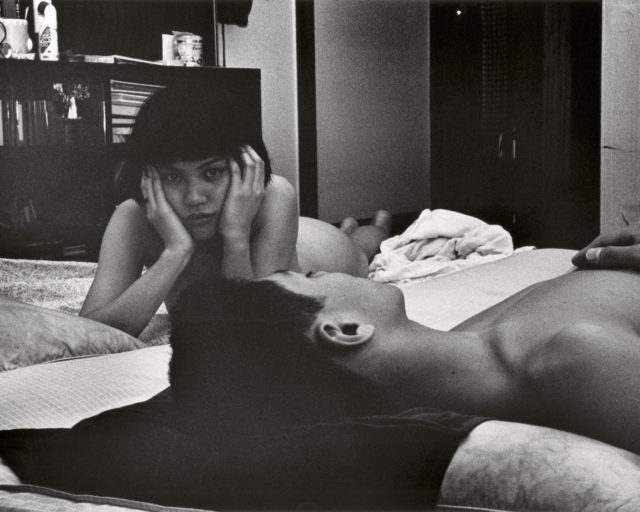